Can you believe it’s almost November? Yikes, this year is whizzing by. If you haven’t had time to keep up with the wacky world of real estate news, have no fear. We found some tidbits and couldn’t wait to share them with our favorite real estate agents.

This bit of real estate news comes from a panel at the Northern Virginia Association of Realtors’ 22nd annual Economic Summit. Interestingly, we here at EAP wrote about this some time ago, but the rest of the industry is just now getting around to talking about it.

Remember this warning about wasting time on first-time homebuyers when second, third or even fourth-time buyers make up 65 percent of all homebuyers? They have a house to sell and first-timers don’t.

Did you notice how that panel skipped right over a generation? Yeah, Gen Xers notice that kind of stuff and it’s absolutely NUTS to ignore this cohort. Sure, boomers are worthy of any self-respecting listing agent’s time and attention, but here are five reasons to not turn your back on Gen X. 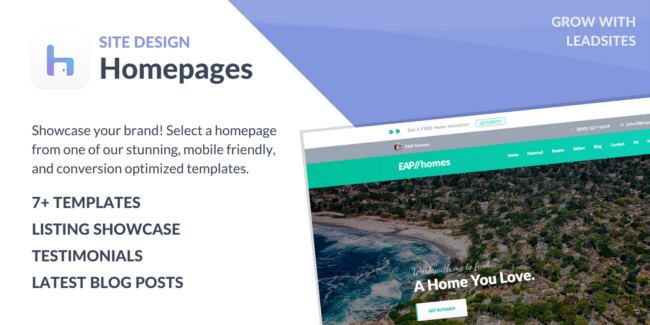 So, folks are tending to lie on their mortgage applications. Bummer for the agent when the truth finally comes to light, blowing up what he/she thought was a solid deal. Too many deals like that is a surefire way to get burnout.

States with the highest risk include New York, New Jersey and Florida, but the buyers-as-liars growth rate has exploded in Illinois, New Mexico and Oklahoma.

Ask your potential buying clients where they work and, if it’s at one of the companies on Fannie Mae’s list of “places of employment that appear to be fictitious,” yet used frequently on mortgage apps, refer them to the person you like least in your office (wow, that was mean).

Are you willing to be the uber of real estate agents?

Not real sure of how it works, but their app appears to be sort of like Uber’s and other ride-sharing companies. The app, in the hands of a homebuyer, will “summon a nearby real estate agent,” according to the Notorious R.O.B.

The company was actually founded in 2004 but we first heard of it in spring of this year, which coincided, interestingly enough, with their receipt of a third round of seed money. Oh, and (thankfully) they’ve changed their name to Connect Now. California has been bleeding residents for a couple of years now. Sadly, Sacramento just can’t seem to connect the fact that ridiculously high taxes make people want to move. And they want to move somewhere with a kinder, gentler, state government.

“Taxes are three-times lower in the top-10 migration destinations than in the 10 places people are most commonly leaving,”

according to Alina Ptaszynski at Redfin.com. She goes on to mention that nearly a quarter of Redfin’s searchers are seeking to leave high-tax areas, such as Los Angeles, New York City and San Francisco, for low-tax areas like Las Vegas, Miami and Phoenix.

In fact, Las Vegas received the highest percentage of searches from those outside the metro, more than 40 percent, and primarily from Los Angelinos.

Real estate news – The times they are a changin’

“Homebuyer demand posts biggest year-over-year decline in more than two years as inventory pressures subside,” reads the headlines at Redfin.com. Demand for homes has been flat for three consecutive months and the number of buyers making offers on homes has fallen more than 12 percent.

Sure, these are nation-wide numbers so your mileage may vary, but it appears that the media and big real estate portals have finally caught up with what agents have been telling us since late last year: the market is changing. It will pay to be organized and prepared for the coming shift.

We’d love to hear about what’s going on in your neck of the woods.

“Check the sex offender database and, oh yeah, the nuke map as well” Correct us if we’re wrong but telling someone that the home they’re about to buy is located in a nuclear-detonation target zone isn’t against Fair Housing rules. Then again, why be the bearer of bad news?

If a client should ask, point them to the online nukemap, a gift from Alex Wellerstein,  science historian at the Stevens Institute of Technology. Stick in an address anywhere in the country, choose your preferred nuke and detonate. Your map will show you all you need to know.

In all fairness, the nukemap has been around for a while so it isn’t really real estate news, but with all the international threats being hurled our way, we thought it was a good time to resurrect it.

An agent and his/her money are soon parted

It’s pretty amazing how many ideas people can come up with to separate real estate professionals from their money. Here’s one out of Toronto, Canada.

It’s called Nobul and it’s an app that aims to connect real estate consumers with an agent. And, not just any agent, mind you, but “the right one – someone who matches up with their individual situations and needs,” the company claims at nowtoronto.com.

The website contains a functioning home search section, so it appears Nobul is aiming to be a bit of a one-stop shop.

Oh, and guess what? “Agent commissions are negotiable.” Well, duh, here in the U.S., at least, that is the law.

But, when you add what you lose from a reduced commission to the fee charged at the close of escrow (“20 basis points,” according to the agent FAQ on the company’s website), it turns out to be quite the expensive referral platform.

See you next month for more real estate news!

Ready to switch to a real estate website that works as hard as you do? Learn how a LeadSite can grow your business.

Dominate your market with these real estate marketing tips!

It’s easier than you think to get leads using home valuation – learn how with the video below: